In last week’s post, we established that dropping out of a Ph.D. (or thinking about it) is surprisingly common, and we saw demographic and socio-economic factors that seem related to doctoral attrition. In this post, I dive into another strand of research that relates doctoral dropout with a general theory of human motivation: self-determination theory. This research helps explain why you may persist and finish your doctorate (and even have fun doing it), despite having such socio-economic factors playing against you. Or vice-versa. The post also gleans practical advice from the literature on doctoral attrition, in the hope of helping students and supervisors avoid this common pitfall.

Last week, I left you with a surprising realization of mine: despite having several of the most common factors of doctoral attrition against me, I finished my Ph.D., and actually enjoyed most of that trip. How come?

There is one thing I noticed in many of the studies I mentioned last week: studies asking to students about dropping out often mention the importance of supervision style (or the relationship with the supervisor); and studies asking supervsiors often highlighted whether students are prepared (or, in a sense, “good enough”) to face the hardships of a Ph.D. Even if nobody in these studies is directly saying: “it’s the other side’s fault”, it gave a bit the impression of a certain “us vs. them” mentality, a sort of blame game.

Whose fault is it, then? students or supervisors? The answer probably is “it depends”, but I have now come to believe that this is a false dichotomy. The point is not whose fault it is, but rather what elements have to be there for a student to engage in the research work, persist, and eventually finish the Ph.D.

A way out of the blame game? Self-determination theory

As I was reading for last week’s post, I found another big group of recent studies, which looked at the problem from a different perspective: self-determination theory (SDT). SDT is a general theory of human motivation that proposes that all human beings have a need to be competent, autonomous and related to others1. The idea is that people feel intrinsically motivated and satisfied when doing an activity that meets these needs – and feel “controlled” or “amotivated” when the activity does not. Hence, these studies look at the problem of students dropping out in the sense of how the Ph.D. process and their environments meet (or fail to cater for) these needs – something that is not the sole responsibility of the student, nor the advisor, but rather the interplay between both2. How does this theory of motivation help explain doctoral dropout and persistence?

It is worth noting that many of these studies had smaller sample sizes, and often were more qualitative, asking about people’s feelings and motivations. Thus, they may not be directly generalizable to you or your particular situation. Still, they unearthed several interesting insights and themes:

Practical advice from the attrition literature

All this research and abstract notions of “social support”, “competence”, or “progress” are very nice but… does any of these studies actually tell us what exactly we should do (as students, or as advisors)? are there any practices or actions that have been shown to work consistently to help students persist in their Ph.D.?

It seems that the research about practices and interventions to avoid doctoral attrition is not as developed as other areas of the problem. The research on SDT and attrition does have some general advice, based on what they call “basic needs theory” (BNT): basically, the idea that, to be intrinsically motivated and engaged in an activity, the environment should provide certain particular types of support to the three SDT needs (competence, autonomy and relatedness). Thus, based on BNT, some researchers propose12,13:

Aside from such general advice, the research looking at dropouts from the point of view of SDT also includes other ideas for improving attrition rates, although their effectiveness is rather conjectural (i.e., not many are empirically tested). I have seen mentions to practices such as: journaling (as it is known to boost our “inner locus of control”, which may help with impostor syndrome), some forms of group therapy (e.g., in some universities Ph.D. students have some kind of peer support groups), or even cognitive-behavioral therapy (CBT)2. Other authors take a different kind of approach and suggest smaller cohorts, tougher or more detailed selection processes or probation periods, to try to get at candidates that have higher chances of completing the Ph.D.

So, what will you choose?

Coming back to the initially not-so-great chances of completing my Ph.D. when I first started it, does this research based on SDT help explain why I finished the process successfully, and actually enjoyed most of it?14 I think it does.

As I mentioned, back when I started the Ph.D., I was single, the career prospects after the Ph.D. were unclear15, my academic credentials were not outstanding, and I had no funding or scholarship to fund my Ph.D. However, the good news was that I had a strong social network of friends and family (who were always supportive of my decision to pursue a Ph.D.), and I had been saving money so that I could support myself during this period. Furthermore, I had the luck to get great supervisors. That alone helped tremendously. Some of the things I think they/we did correctly, in light of what I have now discovered about SDT, include:

The list of positive aspects goes on, but you get the idea. I think these factors helped my being intrinsically motivated to do research, to the point that much of the hard work did not feel like a burden – I was curious, and it “made sense” (for the most part). Of course, this is all in retrospect: probably back in the day I found several of these (like the lack of detailed descriptions of what I should do) confusing or irritating. In any case, I think I was extremely lucky to count with such advisors, and I recommend you think carefully and review your options before choosing a supervisor (a post on that topic will come later on).

What about you? Do you think your current research environment supports your competence, autonomy and relatedness? You can try the D-N2S questionnaire12 to find out – and talk with your supervisor and others if it doesn’t.

Update: Newer studies in this strand of research point to different kinds of doctoral student “motivational profiles”, which seem to be related to doctoral completion. You can find out more about these new studies and motivational profiles, in the next post of the series on doctoral dropout.

Give these ideas a try, and let me know how it goes in the comments section below! 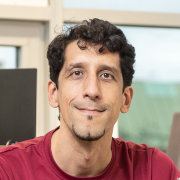